Due to the current Covid-19 stituation and the various restrictions and reccomendations in the participating countries, we have decided to postpone the Concrete Design Master Class on FORM-WORKS to August 2021.

Please check your national secretary pages, for further details on possible new dates for entry submissions and such.

Guy Mouton graduated as a civil engineer architect at the University of Ghent where he was assistant for 10 years. From 1994 to 2015 he was professor structural studies at the Faculty of Architecture of the Catholic University of Leuven campus Ghent and Brussels. He founded his own practice in 1978, which later became Studieburo Mouton and from which Mouton was founded in 2015. Mouton is directed by Lieven Tone Houdmont. 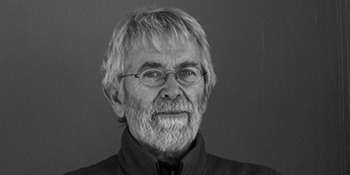 As structural engineer Olivier is engaged in projects aiming at overcoming barriers between all fields involved in the construction process, enabling a holistic approach in his civil engineering consultancy practice and in his academic activities. His design approach of special structures is based on the understanding of materials’ properties and on the research of an efficient geometry.

Olivier graduated in Civil Engineer Architect at the UCL Louvain [BE] and obtained a master’s degree in Urban Design from the UPC Barcelona [ES]. Before joining the structural engineering office NEY+Partners, where he became one of the Partners, he collaborated for some years with architectural offices includingRCR ArquitectesandBeth Galí. Since 2013, he is guest lecturer at the UCL where he lectures on structural and territorial engineering for both engineers and architects. 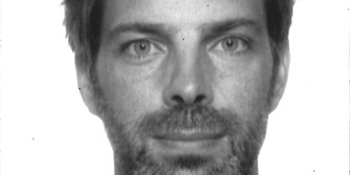 Hilde is mainly involved in projects of small to medium scale, which she elaborates entirely herself from design to execution. Her architectural language is characterized by simplicity and logic, with particular attention to materiality and detail.

Hilde graduated as Master of Architecture in 1991 in Sint-Lucas Ghent. She worked at the architectural office of Stéphane Beel for 6 years. After that she started her own firm together with Tomas Nollet. Currently she works part-time for her own projects in her office in Bruges and is a part-time collaborator at Coussée and Goris architecten in Ghent. 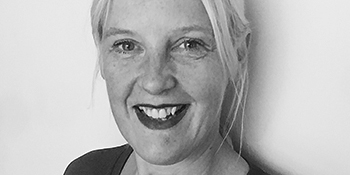 Tania works with ectv architecten on projects of varying scale and programme, from a small pavilion to larger public and residential buildings. For them it is not only the quality of the design itself that counts, but also the added value of the project for the city, the village or the landscape.

Tania graduated as an architect from the Sint-Lucas Higher Architecture Institute in Ghent and started working with Els Claessens in 1997. She has been teaching in a design studio of the UGent for a long time and is a member of the Quality Chamber of Architecture in Ghent. 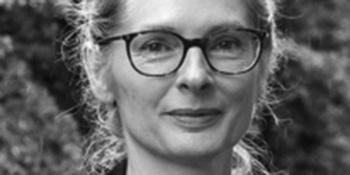 Studies in Architecture at ISA St-Luc Tournai, Belgium and at the École Polytechnique Fédérale de Lausanne, Switzerland (diploma with Prof. E. Zenghelis in 1999). He was a design architect at the office of Herzog & de Meuron, Basel between 2000 and 2003 and collaborated with the Office for Metropolitan Architecture - Rem Koolhaas, Rotterdam until 2001. Adrien Verschuere is the co-founder of the architecture firm Made in, Geneva, Switzerland.

In 2008, he established BAUKUNST in Brussels and from 2017 in Lausanne. Besides his current teaching position at the Université Catholique de Louvain, diploma tutor, Adrien Verschuere is regularly invited as guest critic or lecturer in various institutions, among others: the FAUP Porto, IRGE Universität Stuttgart, Berlage Institute Rotterdam,  USI Accademia di Architettura Mendrisio, ETH Zürich and the EPF Lausanne. In 2017, the first built projects were both nominated to the Mies van der Rohe Award. Since 2019, Adrien Verschuere isVisiting Professor at the École Polytechnique Fédérale de Lausanne, Switzerland. 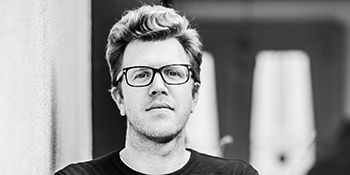 Diederik is a structural engineer, passionate about and experienced in innovative and complex structural design, parametric modeling, and computational optimization. His focus in the jury will be on sustainability, self-sufficiency and material efficient design.

Diederik graduated from TU Delft where he studied Civil Engineering and obtained a PhD in Architecture at ETH Zürich on the topic of flexibly formed concrete shell structures. After working 8 years at Witteveen+Bos, he started his own firm Summum Engineering in 2017. 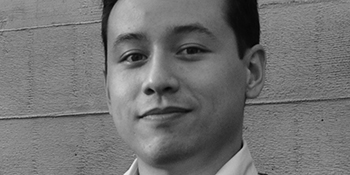 Juliette’s view of architecture is the search for the revelation that a physical experience of space can summon; a sensory experience, the discovery of continuously changing views and uses of the design. She is dedicated to strong architectural form, smart programmatical and spatial organization and technical innovation to shape the future of the built environment. This will be her focus in the jury.

Juliette graduated with honours at the TU Delft Architecture and finalized a post-graduate education in Urban design at Barcelona Polytechnic University. She worked at several renowned architectural offices, including OMA before establishing her own office in 1997. In 2005 she founded in collaboration with Monica Adams the office Bekkering Adams Architecten. Since 2013 she is also full professor Architectural Design and Engineering at TU Eindhoven. 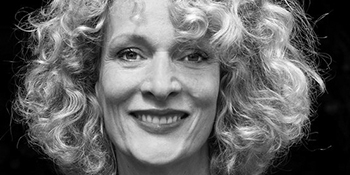 Together with STUDIO MAKS, Marieke designs projects varying from small art installations, to building projects and urban schemes in the Netherlands and abroad. She generates a program free architecture that focuses on building relationships with the surrounding (natural) environment. This will be her focus in the jury. 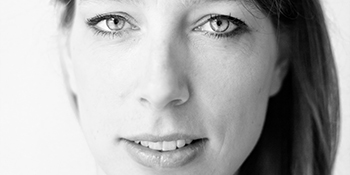 Max´s projects are often found in the scale of small and medium scaled buildings and objects with a strong material presence. His work is guided by research into the process of making and logic of construction as principles to achieve raw yet modern objects and spaces. Sustainability therein is not a mere necessity but used as transformative force to rethink our human impact from the ground up.

Max Rink studied at the ETH Zürich and at Delft University of Technology from where he received his Master of Science with honourable mention. Before starting his own firm SPRIKK and consecutively RINK TILANUS, he worked with OMA / Rem Koolhaas. Since 2009 Max Rink is active team member in the Archiprix Foundation. 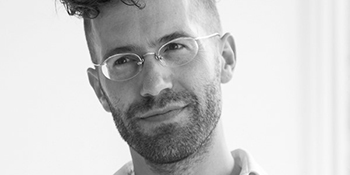 Niels’s strong side is to link practical technology with the feeling for human proportions. He strives to make the fabrication of concrete products more efficient and on the other hand is interested in trying out innovations. He always participates in the workshops Experimental Concrete where architects and producers together generate new applications and forms for concrete. His focus in the jury will be the practicability and novelty of the design.

Niels has grown from planner of steel reinforcements to technical director of a factory for prefab concrete. He has studied for concrete engineer and concrete technology at the Betonvereniging and is currently studying for his Master in Business Learning (MBL) besides his work. 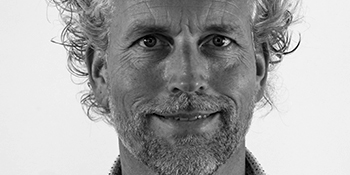 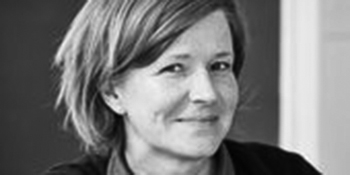 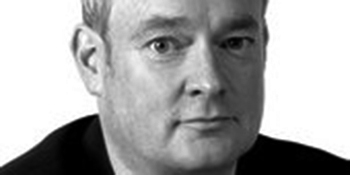 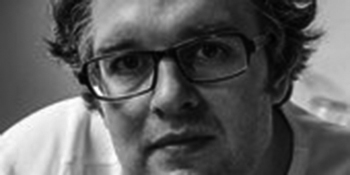 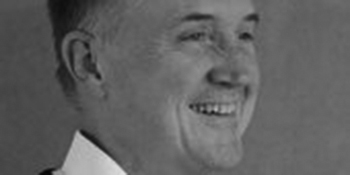 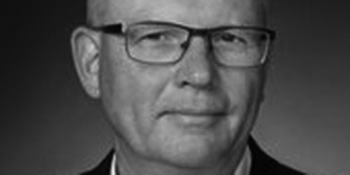 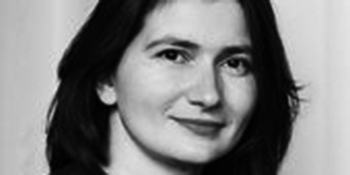 Anne graduated with BArch (Hons) from UCD, is a Fellow of the RIAI, member of the RIBA and has Grade 1 Conservation Accreditation.  She is a founding member and director of COADY with over 40 years of experience on master planning and building projects including large scale housing projects, interior design and large scale commercial office fit-out, third level education buildings and schools, sports buildings, arts centres, hotels, leisure centres and public administration offices. She has worked in Germany and USA, gaining experience of international practice.  Anne is a past member of the RIAI Professional Practice Examination Board 2003-2011, and contributes to the RIAI Conservation Induction Module. She served on the Council of the RIAI in 2013. Anne also contributes to the professional practice certificate course in UCD. Anne served as president of Perspective, a network of architects across Europe 2010-2016. 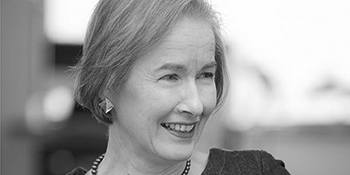 Jeana Gearty joined O’Donnell + Tuomey in 1999. She was appointed Associate in 2006 and Director in 2017.  Her first major project was UCD CRID. She has lead and delivered award winning projects across sectors with particular expertise in educational design, housing and theatre. In particular she led the Timberyard Housing in Dublin and St Angela’s College, Cork and was Associate in charge of projects such as the Lyric Theatre Belfast, Sean O’Casey Community Centre, Cherry Orchard School, Galbally Housing and a number of one off houses.  Her current projects include a new 550 seat dance theatre and studios for Sadler’s Wells East, which is part of a wider new Cultural and Educational District in East London that includes new buildings for the V&A, BBC Music and London College of Fashion.  She is also leading the team for the Academic Hub in Grangegorman as part of the TU Dublin Campus Masterplan. 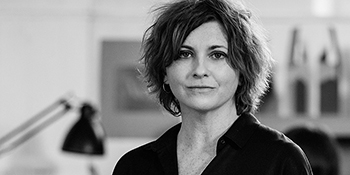 Steve Larkin studied architecture at University College Dublin and graduated in 2002. He became a member of the Royal Institute of Architects in 2005 and established Steve Larkin Architects in 2007. Since then the practice has been the recipient of a number of national and international awards and commendations. The work is published and exhibited worldwide.

Steve is a Lecturer in Architecture at TU Dublin and was previously a Lecturer in Architecture at Queens University Belfast. He is a guest critic and panel expert in a number of universities in Ireland and the UK. Steve was awarded an EU Marie Curie ITN ADAPT-r Research Fellowship at RMIT Europe 2014 - 2015. He was awarded his PhD, for his practice-based research “Interiorities in Oral Cultural Landscapes,” at RMIT University Melbourne in 2017. 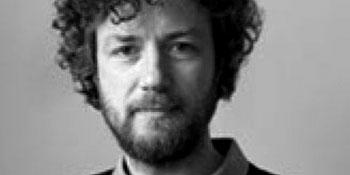 TODD Architects completed buildings and projects are delivered under a range of procurement routes, from a traditional approach to Design & Build, with the practice & design team regularly retained by contractors in a delivery role. In addition to the core discipline of architecture, the practice offers project management, town planning, master planning, urban design, workplace and interior design services.

We are proud to be listed in the Architects Journal’s list of top 100 UK practices for the fourth year running, with the practice’s commitment to design quality directly evidenced in the number of RIBA, RSUA, European Healthcare Design, AJ and other industry awards accolades received and, from the perspective of service quality, in the number of commissions which have been secured through repeat clients. 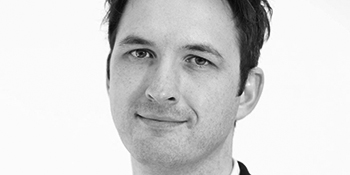